Benefact Group, which ultimately owns Lansdown Insurance Brokers, has set an ambition to become the UK’s biggest corporate donor, after achieving its goal of giving more than £100million to good causes in the past five years.

Owned by a registered charity, Benefact Trust, Benefact Group is already the fourth-largest corporate donor to charity in the UK1 and gives all its available profits to good causes.

Benefact Group, formerly named Ecclesiastical Insurance Group, has given over £100million to good causes since 2016 through various programmes such as the Movement for Good awards, which accepts charitable nominations from both its customers and the wider public. It also gives a proportion of its profits to its charitable owner, the Benefact Trust, who help transform lives and communities in this country and abroad.

Lansdown also give directly to charity, both nationally and locally. Since 2017, Lansdown have donated over £41,000 to good causes in Gloucestershire through their Lansdown Giving campaign.

Benefact Group’s giving supports people and charities in need across a wide range of causes and sectors.  Charities supported range from those providing humanitarian support to refugees from Ukraine, through to charitable sectors including education and skills, rural, heritage, arts, faith, climate change, animal and wildlife charities.

More than 10,000 charitable donations have been given across the UK, Ireland, Canada and Australia from the £100million.

Mark Hews, Group Chief Executive at Benefact Group, said: “We’re incredibly proud to reach our £100million giving milestone thanks to the support of our family of specialist businesses, customers, brokers and everyone who has taken part in our giving initiatives over the past few years. We believe business should be a force for good and charitable causes need sustained support.

“I’m hugely grateful for the loyal support of our customers from our family of specialist businesses, each of whom pass their available profits for onwards distribution to charity – these include trusted brands such as Ecclesiastical and Ansvar Insurance, responsible and sustainable asset manager EdenTree, as well as broking and advisory businesses such as Lycetts, SEIB and Lloyd and Whyte.

“Benefact Group is the fourth largest corporate donor in the UK and has an ambition to be the biggest. Owned by a charity, all of its available profits go to good causes, and the more the group grows, the more the group can give. As a company whose purpose is to contribute to the greater good of society, charitable giving is at the heart of what we do.”

Benefact Group first set a fundraising target in 2014 giving £50million to good causes. In 2016 the Group set a target to raise a further £100million.

Mark Hews added: “Benefact Group is unlike many other companies, the Group is not driven by the amount of money it makes, but by the amount it gives away. We hope that this ethos, coupled with outstanding customer service for which all our brands are known, will attract more customers to the Group, help us grow, and help us give.”

To learn more about Benefact Group’s unique purpose and the causes it helps visit: www.benefactgroup.com 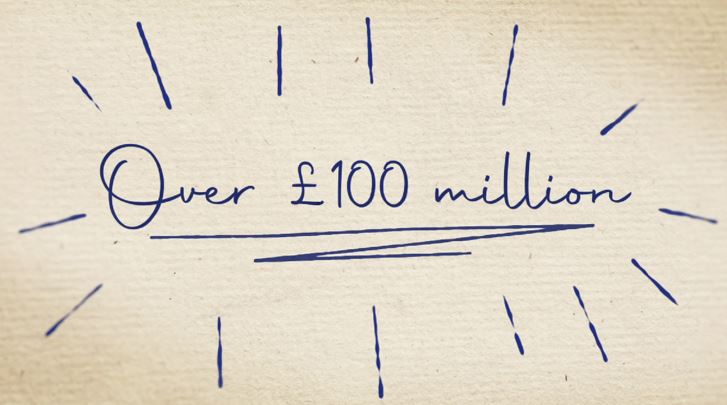 "Thank you so much for your help in finalising the building insurance for 2018/19. I really appreciate your brilliant service and promptness in resolving this issue."